The Guys in the Black Suits… 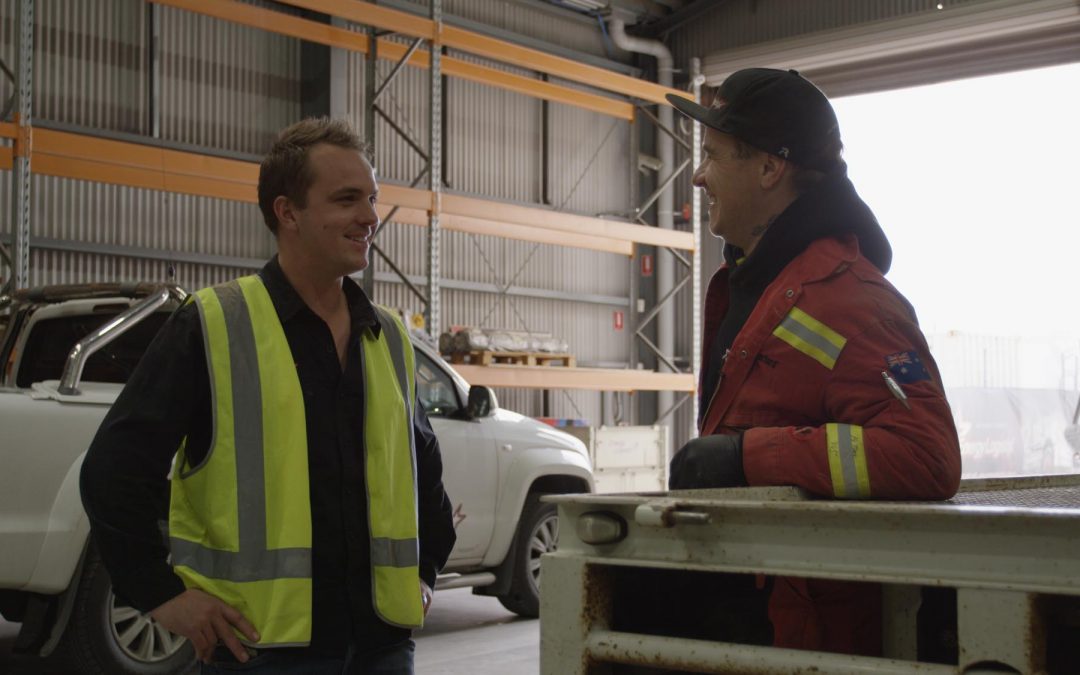 Shaun Williamson is 29 years old, has a sleeve of tattoos on his right arm, and speaks with an honest casualness that puts you in mind of one of the regulars in a country pub.

However, Shaun is a serious young man; passionate about traditional values of service and a fair go. Rather than a front bar, you’re far more likely to catch Shaun in his office at Largs North, South Australia, overseeing the running of Energy Logistix, a rapidly growing transport logistics business he co-founded with his intrepid mum, Jo, in 2012.

Since then, Energy Logistix has been making big inroads into the blue-chip, multinational, multi-billion dollar world of transport logistics.

“It’s pretty much happened through word of mouth,” says Shaun. “We started with the small jobs, making sure we did them really well. This put us in good stead to get bigger jobs and increase revenue. We’ve grown rapidly over the past 7 years, and I reckon we might have surprised a few people along the way. The thing is we’ve stayed true to ourselves and our clients; being available and accountable, providing a service and delivering what we promise. It’s who we are and what we stand for – we’ve never set our sights on being the biggest, just the best.”

When Shaun talks about being the best, it’s not only from a client’s perspective, but the way Energy Logistix operates as a company. Commitment, Attitude, Safety, Passion, Environment and Resources are their core values, and the foundations of their sustainable business model. (CASPER as it’s known internally).

“When you say transport logistics, people think of hauling loads on trucks, but there’s so much more to it than that – the amount of planning, organising, compliance and safety in a single job is mind blowing. What we actually are is a tool that big companies use to mitigate risk. We take responsibility for everything.”

Shaun smiles and says that one client calls them ‘the guys in black suits’ because they ‘roll up and take care of things’. It’s this kind of relationship and reputation that’s seen Energy Logistix compete against massive multinational logistic companies… and win.

“Yeah, it’s a bit of a David and Goliath thing – but that doesn’t really bother us because we are a lot quicker on our feet, more adaptive to change, and are doing things that haven’t been done before. We’re developing new technology you could call revolutionary, but we see it as evolutionary… it’ll be the way everything’s done in the future. Goliath won’t know what’s hit him.”

Ironically, much of Energy Logistix’ success and growth has been achieved by thinking locally not globally.

“We’re all for putting money back into the communities we inhabit. For us it’s about building relationships and, where possible, using local companies and providing work for local people. The investment in these relationships gives us a vast pool of expertise we can call upon to get any job done. It gives us the control and uniformity that’s essential to providing the kind of risk mitigation our clients are expecting.”

The positioning line for Energy Logistix is ‘We make it happen’. However, it’s more than just a line… it’s a reality.